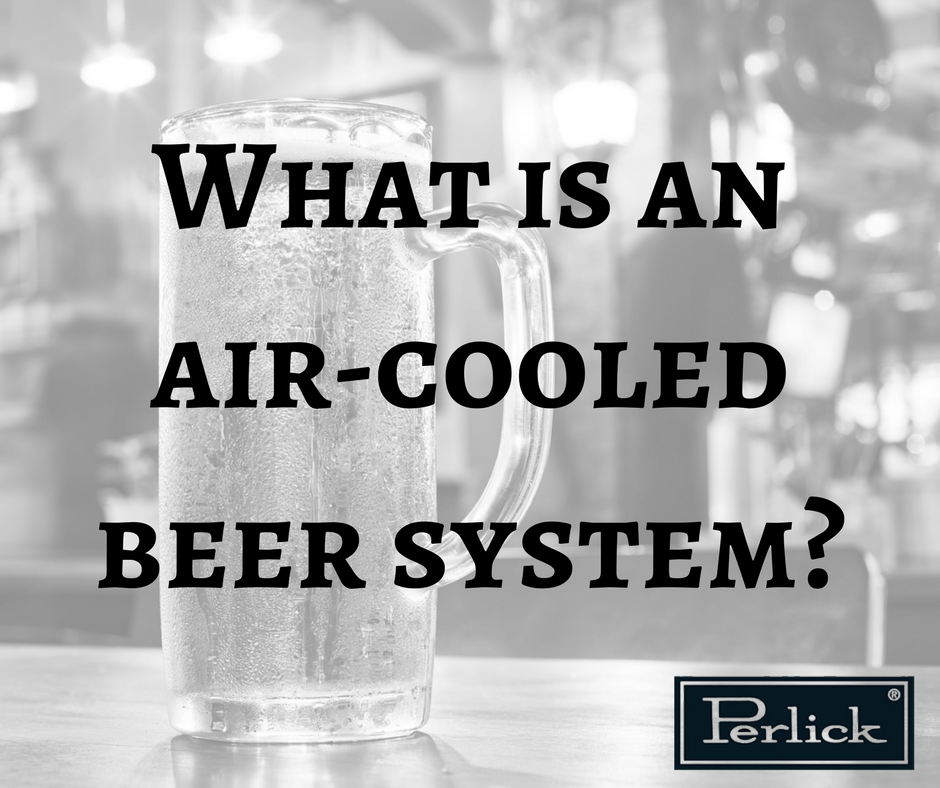 Air-Cooled Beer Systems: What are they and How are they Different?

With their lower initial cost and ease of maintenance, air-cooled beer systems could be an attractive and cost effective option for many operations.

Perlick is excited to announce three new factory engineered, air-cooled beer system options. The one that is perfect for your operation will depend on the proximity of your bar to your walk in cooler, the number of beers you want to serve and your style preference.

How does an air-cooled beer system work?

Air-cooled beer systems use the already-cold air inside the beer cooler to maintain proper beer temperature all the way to the faucet. Air-cooled systems don't require a power pack, using less energy and costing less to install and maintain while still delivering the same high standards as Perlick's glycol-cooled beer systems.

Set up the air-cooled beer system in your venue with one of our three options. These include through-the-wall tapping, a modular wall mount dispenser, and a dual duct air-shaft  and system.

The through-the-wall tapping and modular wall mount dispensers are perfect for bars where the walk in cooler is directly adjacent to the bar space and there is clear wall space for mounting beer taps or a wall mount dispenser.  The dual duct air-shaft system works for bars that need slightly longer beer lines. Up to 6 beer lines can span up to 25 feet with this system.

Regardless of which option for the air-cooled beer systems you install, the shorter lines won't store as much beer. This means when it comes time to clean the lines, less beer will be poured down the drain.